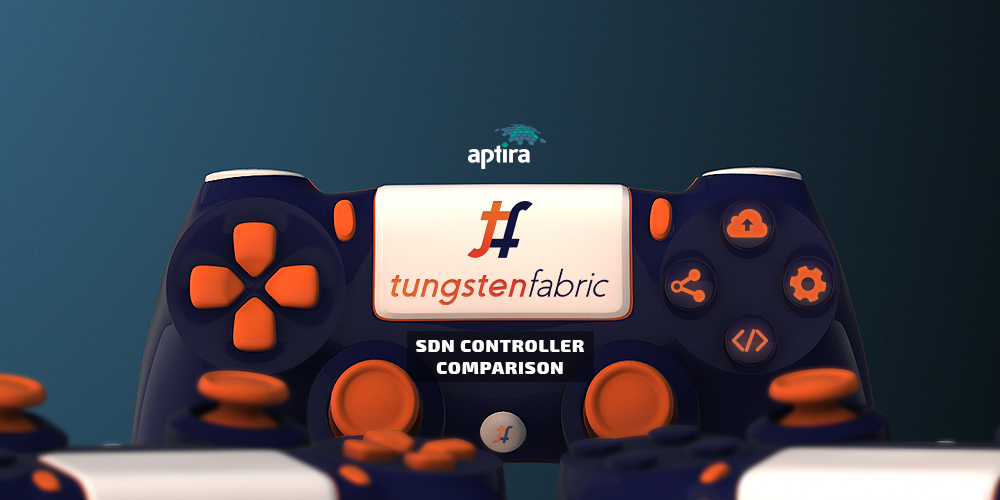 The previous Software Defined Networking (SDN) in this series might help users and organisations to choose a right SDN controller for their platform that matches their network infrastructure and requirements. These controllers could be a suitable choice to be used in Communication Service Providers (CSP), data centers, research or suitable choice for integration with other platforms. However, with the current IT market, organisations are moving towards migrating their old infrastructure to the Cloud and cloudifying every part of their infrastructure. As such, we will now look at one of the SDN controllers which has been designed to work in a cloud-grade network – Tungsten Fabric (TF).

TF can be a suitable choice for cloud builders and cloud-native platform engineers. It has been first associated with Juniper but now is under the Linux Foundation umbrella. 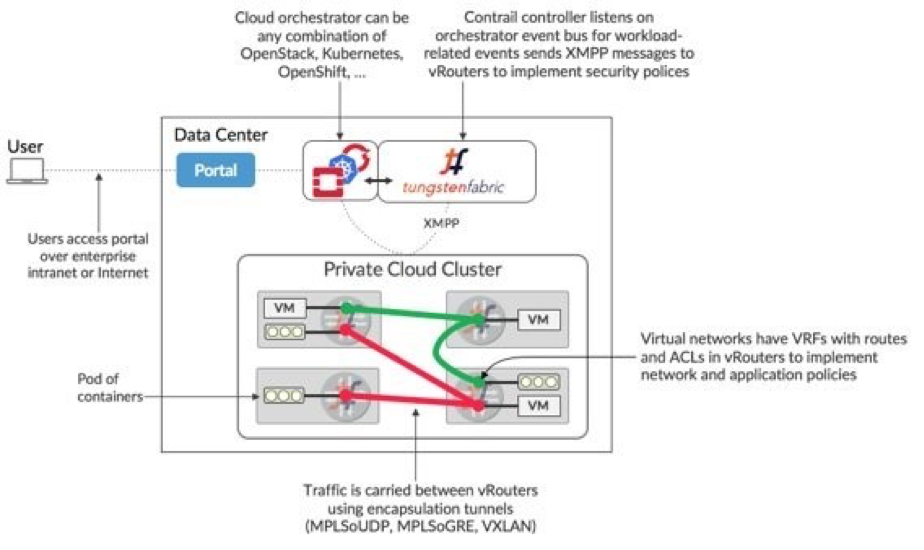 TF vRouter is used for packet forwarding and applying network and security policies to the devices in the network.

Tungsten Fabric version 5.0 and later architecture use microservices based on Docker containers as shown in figure below to deploy the services mentioned above. This makes the controller resilient against failure and highly available which result in the customer user experience. 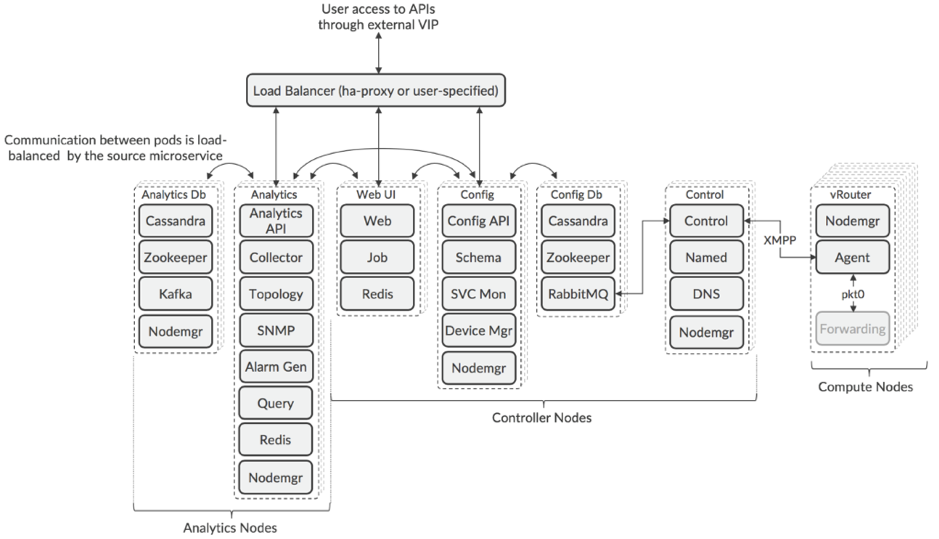 TF microservice-based architecture allows developing particular services based on the performance requirement and increasing load. Also, microservices by nature are modular which makes the maintenance and extensibility of the platform easy whilst isolating the failure of services from each other.

Analytics nodes extract usable telemetry information form infrastructure. The data can then be normalised to the common format and the output is sent via the Kafka service into a Cassandra database. This data can be used in a multitude of ways operationally, from problem solving to capacity planning. Redis uses the data for generating graphs and running queries. The Redis pod is deployed between the analytics pod and the Web UI pod.

The modular architecture of Tungsten Fabric makes it resilient against failure, with typically several controllers/pods running on several servers for high availability. Also, the failure of a service is isolated, so it does not affect the whole system. The API and Web GUI services are accessed through a load balancer. The load balancer can allow pods to be in different subnets.

TF was first associated with Juniper but is now supported under the Linux Foundation Networking umbrella and boasts a large developer and user community.

Given this evaluation; TF is a suitable choice for cloud builders and cloud-native platform engineers. This is because it works flexibly with private and public Clouds, CNI plugins, virtual machines and bare metal. Depending on the orchestrator integrated, it exposes heat APIs, Kubernetes APIs, etc. to instantiate network and security policies. The scalability of TF makes it highly available and resilient against failure which increases the customer user experience. Finally, the modularity features of it allows users to easily customise, read, test and maintain each module separately.