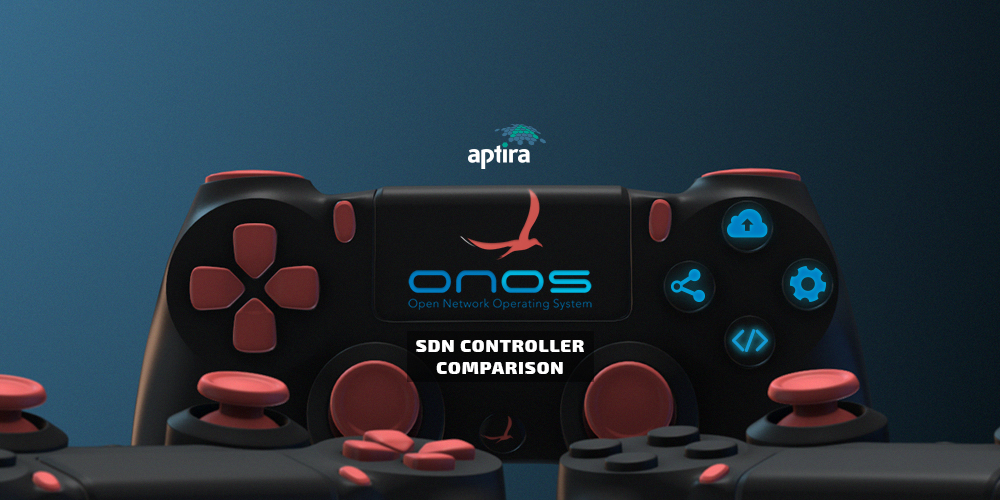 We begin our Open Source Software Defined Networking (SDN) Controller comparison with the Open Network Operating System (ONOS). ONOS is designed to be distributed, stable and scalable with a focus on Service Provider networks.

The Open Network Operating System is the only SDN controller platform that supports the transition from legacy “brown field” networks to SDN “green field” networks. This enables exciting new capabilities, and disruptive deployment and operational cost points for network operators.

ONOS is designed as a three-tier architecture as follows: 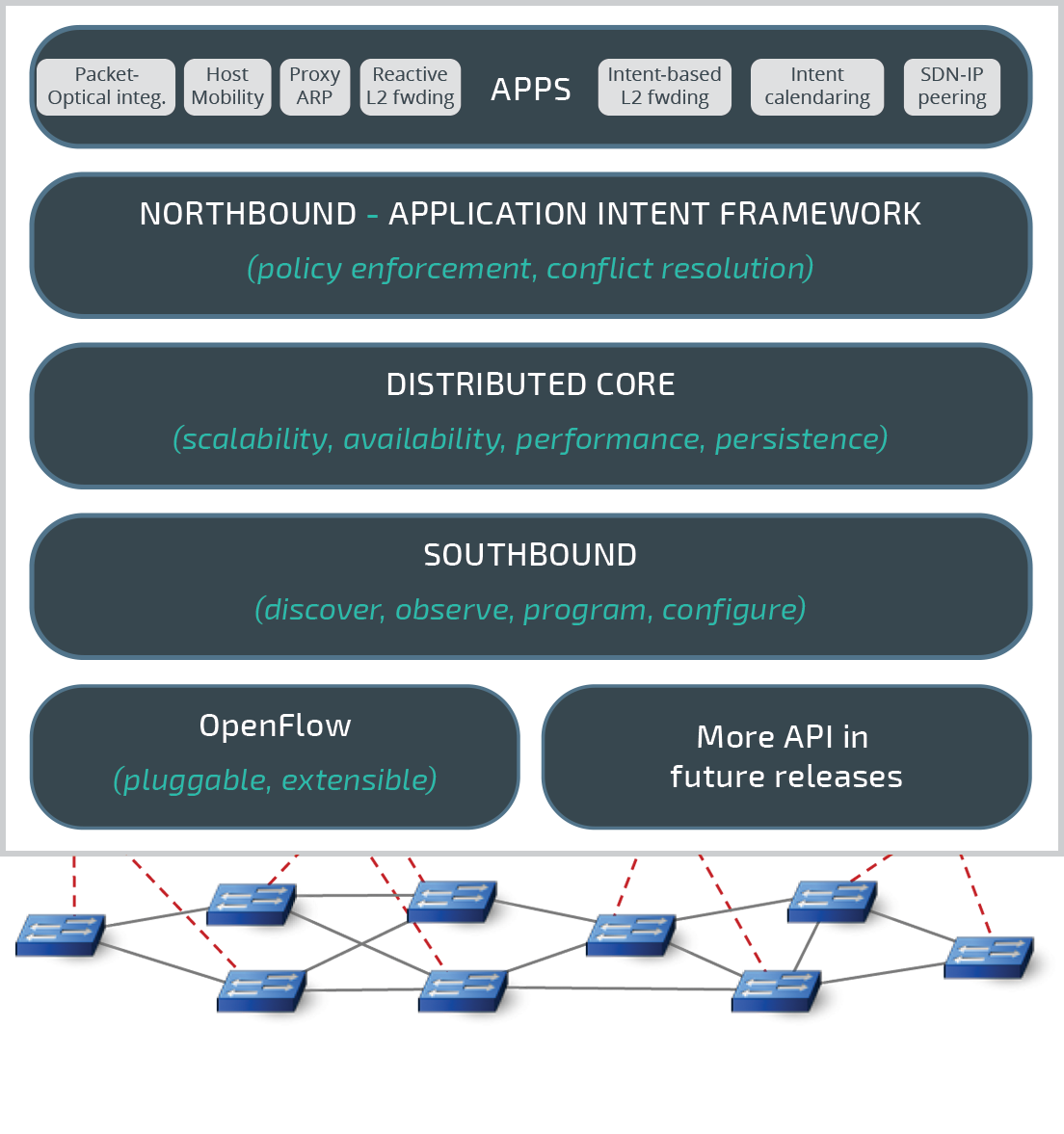 ONOS has built-in mechanisms for connecting/disconnecting components while the controller is running. This allows a very flexible approach to adding functionality to the controller.

ONOS is designed specifically to horizontally scale for performance and geo-redundancy across small regions.

Telemetry feeds are available through pluggable modules that come with the software, with Influx DB and Grafana plug-ins included in the latest release.

ONOS has a very simple administration mechanism for clusters with native commands for adding and removing members.

The Open Network Operating System provides fault tolerance in the system with an odd number of SDN controllers. In the event of Master node failure, a new leader would be selected to take the control of the network.

ONOS is written in Java.

The Open Network Operating System is supported under the Linux Foundation Networking umbrella and boasts a large developer and user community.

Given this evaluation, the Open Network Operating System is a suitable choice for Communication Service Providers (CSP). This is because ONOS supports an extensive list of northbound and southbound APIs so vendors do not have to write their own protocol to configure their devices. It also supports the YANG model which enables vendors to write their applications against this model. The scalability of ONOS make it highly available and resilient against failure which increases the customer user experience. Finally, the software modularity features of ONOS allows users to easily customise, read, test and maintain.
Next, we will be evaluating OpenDayLight.